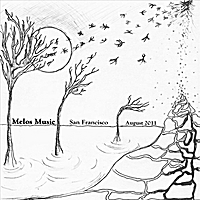 A professional studio recording of the works composed for the 2011 concert can be downloaded on iTunes. Physical CDs can be purchased via credit card through Paypal.

A performance with the Playground Ensemble of Greg Simon’s tenacious “Blood on the Curb” for piano.